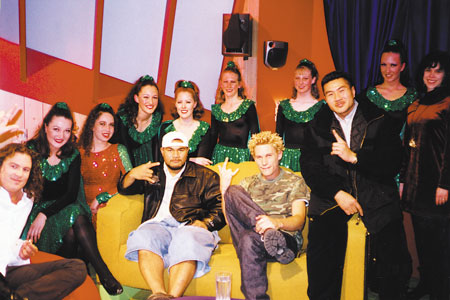 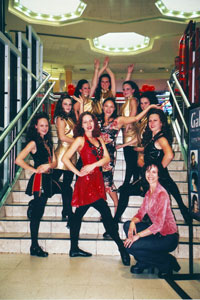 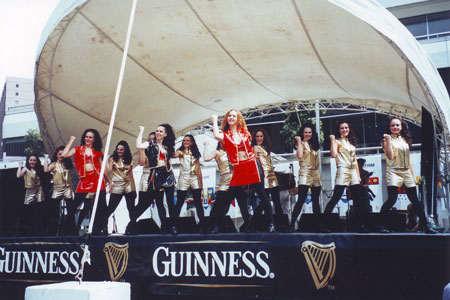 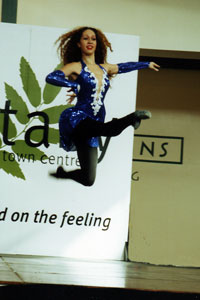 dance world. After the 'Riverdance' style of Irish dancing appeared overseas, it was the first

dance academy in Auckland to form a Celtic Dance Company showcasing this style.

The professionalism and entertainment value of this group became well known and they were invited to perform on TV's 'Good Morning' and 'Havoc' shows.  Their performances at the Royal Easter Show were so popular, attracting record audiences, that the organisers contracted the group as resident entertainers for three consecutive years.

With Auckland City Mayor, Len Brown, after performing at

The Company also teamed up with the Waitakere City Brass to win the Shell National Brass Band Championships.

Today the Carter-Chan Celtic Dance Company continues to be in demand and performs regularly at corporate and public events. 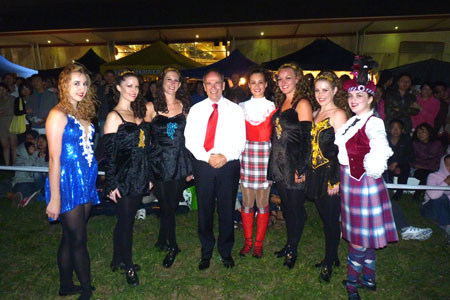